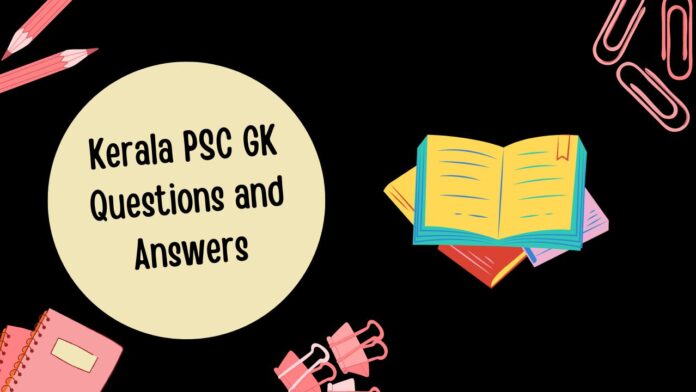 Study shows that kerala PSC exam has repeated previous years questions in past, and there is high probability of repeating the same in future.

So going through previous year Questions and Answers you will build your confident and perform in exam.

In this Article we have picked some random Kerala PSC GK Questions and Answers which you can go through, and prepare yourself for coming exam.

2.Which is the largest state in India by area?

Answer: Rajasthan is the largest state in India ,based on area

17.Which cricketer has the nick name Haryana Hurricane ?

22.Which state has large number of cinema theater in India?

23.Government of India Act is another name of?

25.Who was the first propounder of the doctrine of “Passive Resistance”

Note : She is known as the Nightingale of India

45.You can’t cross the sea merely by standing and staring at the water.”

is a famous quote of

46.Happiness is when what you think, what you say, and what you do are in harmony.” is a famous quote of

These Kerala PSC GK Questions and Answers has been asked in previous year exam and they can be asked in future also.