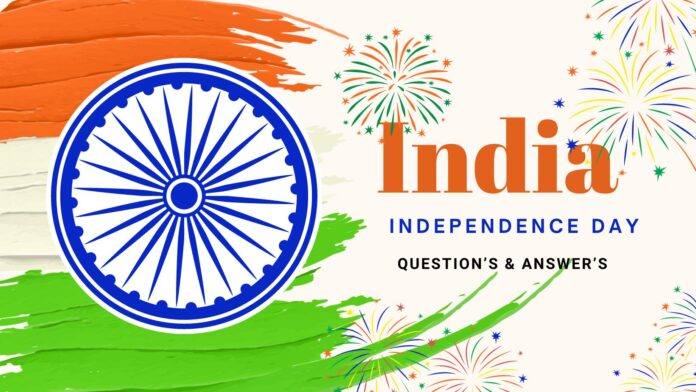 1.Which one was the first major battle fought by British East India company?

Battle of Plassey, fought in 1757, was the first major battle won by british East India company over the Nawab of Bengal. It established the company rule over Bengal, which expanded over most parts of India during the next 100 years.

2.During which movement Mahatama Gandhi gave the call for ‘Do or Die’?

Gandhi ji called for ‘Do or Die’ during his Quit India Speech made on the eve of Quit India Movement in 1942.

3.What was the name of the magazine published by M.K. Gandhi?

Young India was the name of the weekly journal published by M.K. Gandhi. In year 1922, he was jailed under the sedition law for his articles in this journal.

4.What was the name of the mission sent by british government to India to seek cooperation during World War II?

Cripps Mission headed by Sir Stafford Cripps, was sent to India by British govt in March 1942, to make sure that India remains loyal and cooperate with British govt during the World War II.

5.East India Company started trade with India from which city?

East India Company or say Britishers started trade with India from Surat. The first british ships were docked at the port in Surat and it was established as a trade transit point in 1608.

6.Who wrote this slogan “Self-Rule is my birthright and I shall have it”?

Bal Gangadhar Tilak wrote this popular quote. He was the first leader of Indian Independence Movement. He was against the Gandhi’s policy of non-violence and was in favour of using force for the freedom of India.

7.Who was the founder president of ‘Ghadar Party’?