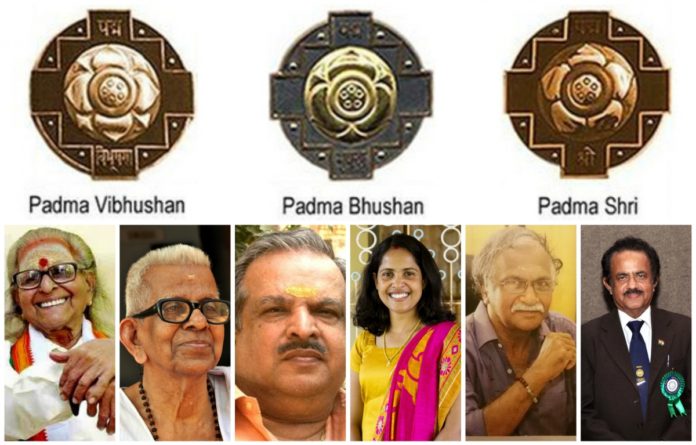 Padma Awards are one of the highest civilian Awards in India.Padma awards are given in three categories, such as Padma Vibhushan, Padma Bhushan and Padma Shri.

But these awards are given in particular filed:

These awards are announced on the occasion of Republic Day every year. the award is given to 10 Padma Vibhushan, 19 Padma Bhushan and 83 Padma Shri total 112 persons in Rashtrapati Bhawan by President of India. In total 112 Persons list only 19 of the awardees are to women. also this list includes 10 persons form fareigners, NRIs and PIOs also 4 Posthumous awardees.

Here is the list of Padma Vibhushan winners for 2016:

Here is the list of Padma Bhushan winners for 2016:

Here is the list of Padma Shri winners for 2016: