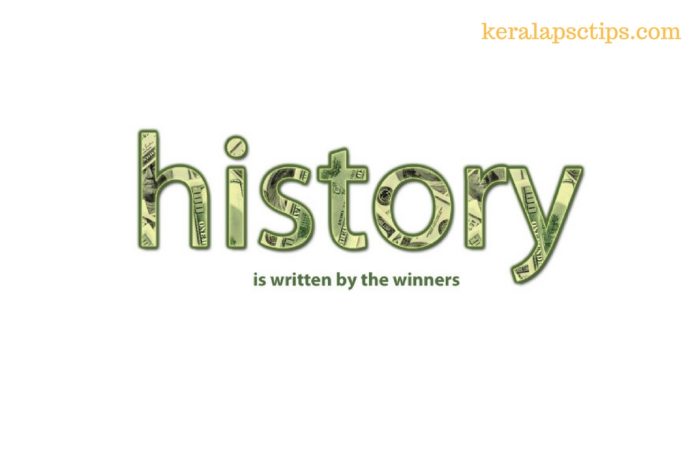 44   –  Assassination of Julius Caesar by Brutus.

622  –  Migration of Muhammad from Mecca to Medina ( Hijira ),Beginning of Hijira Era ( Muhammadan calender ) on July 15.

871   –  Accession of Alfreed the Great to the throne of Britain.

1215 – Magana Carta or the Great Charter signed by king John II at Runnymede in England on June 15.

1453  –  The capture of Constantinople (the home of classical learning)by the Ottoman Turks compelled the Greek scholars to flee to Italy and other West European countries,Where they spread the knowledge of Greek philosophy and literature .This was the beginning of Renaissance in Europe.

1492  – Columbus sailed on his first expenition to the West Indies which Later led to the discovery of America(the New World).

1498  – Vasco da Gama , a Portuguese,discoverd the seat-route to India via the Cape of Good Hope.

1571  – Battle of Lepanto;Turks defeated by the Christian League.

1577  – Drake,the famous English Admiral ,started his voyage round the world for the first time and plundered Spanish ships and ports in South America.

1588 – Admiral Drake defeated the Spanish ‘Armada’;England became the ‘Mistress of the Seas’

1605  – Gunpowder plot in England to blow up the English Parliament.

1649  – Trial and execution of ICharles I ,beginning of Commonwealth.

1660  – Restoration of Monarchy in England

1688  – The Glorious or Bloodless Revolution in England .Despotic rule of the Stuarts ended,and the Parliamentary rule began.Establishment of parliamentary supremacy and abolition of the Divine Rights of King.

1704  – Battle of Blenheim;Marlborough and Eugene inflicted a crushing defeat on the French army.

1783  – Treaty of Versailles;England recognised the indipendence of the United States of America.

1798  – Battle of the Nile;The English under Nelson gained victory over the French.

1815 – Battle of Waterloo – Napolean was defeated and exiled to St.Helena.Congress of Vienna,it aimed at rearranging the map of Europe;The Vienna settlement proved unsatisfactory,because it disregarded national claims.

1827  – Battle  of Navation ;the allied fleets of England ,Russia and France destroyed the Turkish fleet:This victory practically secured the independence of Greece.

1833  – Emancipation Act of 1833 ;It abolished slavery in the British dominions.

1837  – Accession of Queen Victoria to the throne of england.

1854  – The Crimean War began ;Russia attacked Turkey ;England and France came to the rescue of Turkey.

1905  – Battle of the sea of Japan;Japan inflicted a crushing neval defeat on Russia;a wave of nationalism spread in Asia.

1919  – The Paris Conference;the Treaty of Versailles.

1921  – The Irish Free State established with the status of a Dominion like Canada (Dec.6).

1923  – Turkish Republic proclaimed with Kamal Ataturk as its First President .

1924  – Lenin died,and power passed into the hands of Stalin in Russia.

1928  – Kellogg pact (signed in Paris by the principal powers of the world for the prevention of war ; it had no effect).

1933  – Hitler became the Chancellor of Germany.

1942  – Capture  of singapore by Japanese forces (feb.15);Battle of Coral Sea,Japanese fleet suffered heavy losses at the hands of the  American fleet (May 3);Battle of Stalingarad (Sep .19).

1943  – Defeat of Germany at Stalingard (Feb .8);Battle of the Bismarck Sea , America defeated Japan in a naval battle (March 4);Invasion of Italy by the Allies, Armistice between Italy and the Allies (Sep 3)

Unconditional surrender of Germany to the Allies (May 7)