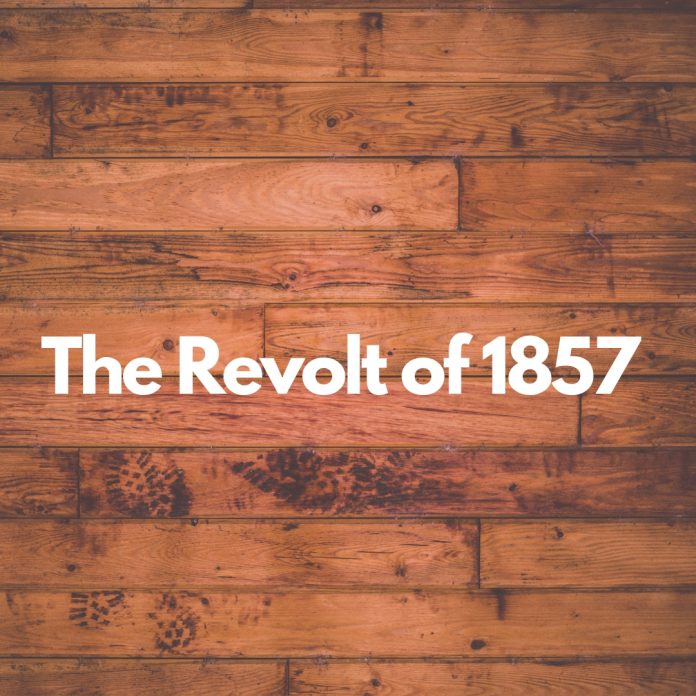 2. Which place is not a center of sepoy mutiny?

4.Which british person admitted that the sepoy mutiny was the first national movement of India?

5.Bahadur Shah II was arrested and sent to which place ?

8.Mangal Pandey fired the first shot of the Revolt of 1857 at which place?

9.Where did Kunwar Singh and Maulvi Ahmadullah lead the sepoy mutiny?

10.Who recovered Jhansi and Gwalior

11.“Revolt of 1857 was an extension of social progress the English had already initiated” Who among the following said that?

12.The viceroy who introduced Doctrine of Lapse

15.Who led the British forces which defeated Jhansi Lakshmibai?

16.Who killed the sons of Mughal emperor ?

18.Who was the Governor General of India during the sepoy Mutiny?

19.Who was the first secretary of state for India ?

22.Who led the revolt in Lucknow ?

23.Who called 1857 Revolt as the First war of Indian Independence ?

24.Who called 1857 Revolt as “neither first nor national war of Independence” ?

25.Which British historian described the revolt of 1857 as Sepoy Mutiny ?

27.Who was the Sargent shot dead by Mangal Pandey ?

28.The sepoy Mutiny took place in the year?

29.The revolt started at Dum Dum on

30.Mangal pandey was executed on  which date ?

31.The Sepoy of the Third Cavalry at Merrut revolted on which date ?

32.Mangal Pandey Sepoy of the 34th Native Infantry stationed at Barackpur in which year ?

33.During the revolt of 1857 Chapaties were distributed secretly in various villages and towns .What was distributed in cantonments ?

35.Which commissions is associated with the Army Re-organization after the suppression of the revolt of 1857?

36.The administrative consequence of the Revolt of 1857 was transfer of power from?

37.After the revolt of 1857 the British recruited the soldiers from the?

Answers:Gurkhas, Sikhs and Punjabis in the North

38.What was the demand of Rani Lakshmibai of Jhansi that was refused by the British?

Answers:After the death of her husband, Rani Lakshmidai wanted her adopted son to be recognized as the heir to the kingdom.

39.What did the British do to protect the interests of those who converted to Christianity?

Answers:In 1850, a new law allowed an Indian who had converted to Christianity to inherit property of his ancestors. This law made it easier to convert to Christianity.

40.What objections did the sepoys have to the new cartridges that they were asked to use?

Answers: It was rumoured that the new cartridges were coated with the fat of cows and pigs. This hurt the sentiments of both the Hindus and the Muslims.

41.How did the last Mughal emperor live the last years of his life?

Answers:The last Mughal emperor spent the last years of his life in a jail in Rangoon; along with his wife.

42. In what ways did the British change their policies as a result of the rebellion of 1857?

Answers:The British made various changes in their policies after the revolt of 1857. Some of them are as follows:

43.What could be the reasons for the confidence of the British rulers about their position in India before May 1857?

Answers: Within hundred years of assuming the Diwani of Bengal, the British became the unquestioned rulers over a large part of the Indian subcontinent. They rarely had to use force to take control over a territory. They were doing profitable trade which was their main objective. They also succeeded in winning the support of most of the local rajas and chieftains. These are some of the possible reasons for the confidence of the British rulers about their position in India before May 1857.

44.The modern historian who called the revolt of 1857 as the ‘first war of independence’ was

46.Who was the Governor General of India during the sepoy Mutiny

47.Who started the ‘Doctrine of Laps’

49.When did Queen Victoria declared the taking over of Indian Administration under British Crown ?

50.The sepoy Mutiny took place in the year