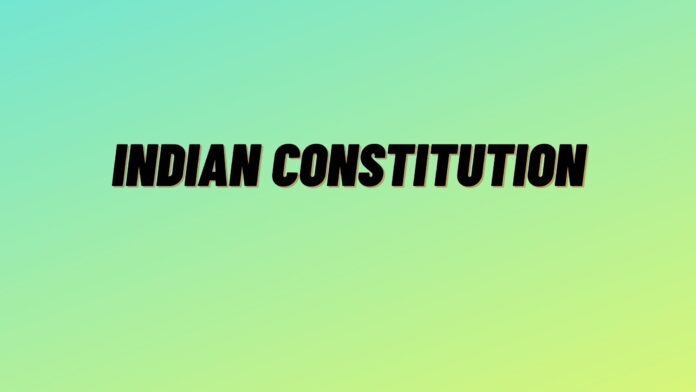 1. Janata Government introduced the concept of ……… in 1978?
Rolling Plan
2. The first Deputy chairman of planning commission was………..?
G.L. Mehta
3. ……….. is the head quarters of planning
commission?
Yojana Bhavan
4. According to 39th article of constitution, the planning commission was only a…………..body?
Advisory
5. What is the idea of “Peoples plan”?
Nationalisation of all agricultural production and distribution
6. Who initiated peoples plan?
M.N. Roy
7. Who is the chairman of National Development Council of India?
The Prime minister of India
8. The National Development Council was set up in which year?
August 6, 1952
9. Which Authority gives final approval to plan in India?
National Development council
10. Who is the Deputy Chairman of Planning Commission of India?
Montek Singh Aluwalia
11. M. Visweswarayya was honoured by BharatRatna in the year?
1955
12. Who wrote the book “planned Economy of India” ?
M. Visweswarayya
13. Who is named as the father of ”Indian Planning”?
M. Visweswarayya
14. The period of Eleventh Five Year plan?
2007-2012
15. The period of Tenth plan?
2002-07
16. The period of Nineth plan?
1997-2002
17. Annual growth rate achieved by 8th plan?
6.8%

90. ADULT SUFFRAGE MEANS :
The right to vote in Elections
91. FOURTH ESTATE REFERS TO :
PRESS
92. “RECOGNITION” TO POLITICAL PARTIES ACCORDED BY :
Election Commission
93. ARTICLE 370 OF CONSTITUTION IS APPLICABLE TO :
Jammu and Kashmir
94. FIRST PRESIDENT IN INDIA?
Dr. RAJENDRAPRASAD
95. President�s Rule can be imposed in a State of India under which Article of Constitution of India ?
Article 356
96. Name the House among the following which is presided by a person who is not a Member of the House ?
Rajya Sabha
97. Constitution of India came into operation with effect from …….?
26th January, 1950
98. The Chairman of Rajya Sabha :
Vice-President
99. Vice-President of India is elected by ……?
Parliament
100.Who was first muslim president of india :
Dr.Zakkeerhusian.
101.The First Women Supreme Court Judge was :
Fatima Beevi
102.The Chairman of the Planning Commission of India is :
Prime Minister
103.Five Year Plans in India are approved by :
National Development Council(NDC)
104.The Raj Committee (1972) probed :
Agricultural holding Tax
105.Panchayat Raj has got constitutional status with the …….. Amendment Act.
73rd
106.Fundamental Rights are enshrined in PART…….. of Constitution of India.
part III
107.How many members can be nominated to Loksabha by President?
2
108. ………. was the First Chief Justice of India :Harilal J. Kania
109.Fundamental Duties of each citizen
Part IV (A) consists of Article 51A
110.Directive Principles of State Policy
Part IV – consists of Articles 36 – 51
111.Right to Constitutional Remedies
Articles 32-35
112.Right to Freedom
Articles 19 – 22
113.Right to Equality,
Articles 14 – 18
114.Fundamental Rights
Part III – consists of Articles 12 – 35
115.Citizenship.
Part II – consists of Articles 5 – 11
116.The Union and its Territory
Part I – consists of Articles 1 – 4
117.Magna Carta : 1215
King John II of England was forced to sign a document in 1215 called Magna Carta.
118.The first President of India is ……?
Dr. Rajendra Prasad
119.Iron Lady of India is …….?
Indira Gandhi
120.The first acting president of india is ……?
V.V Giri
121.Public health and sanitation, under the constitution fall in ….. list:
State list
122.The article which gives special privileges to Jammu and Kashmir?
Article 370
123.World Human Right Day?
December 10
124.The first general election conducted in Independence India on?
1952
125.The first Chief Election Commissioner of India?
Sukumar Sen
126.Who attend all the three round table conference?
Dr. B.R. Ambedkar

127.The author of the Book Republic?
Plato
128.The first five year plan was started in the year?
1951
129.Communist manifesto written by?
Karl Marx
130.The first chair person of The National Women’s Commission?
Jayanthi Patnaik
131.Preamble of the Indian Constitution is borrowed from ……. Constitution.
U.S.A
132.Fundamental Rights which is a feature of the Constitution of India is borrowed from the Constitution of…….?
U.S.A
133.Fundamental duties is a feature borrowed from the Constitution of……?
USSR.
134.India borrowed the Emergency Provisions of the Constitution from ……?
Weimar Constitution of Germany.
135.Writ which is issued by a court to prevent a person from holding an office to which he is not entitled .
Quo Warranto
136.A Writ which issued by a superior court commanding a public authority to do or forbear to do something in thenature of Public duty
Mandamus
137.A Candidate for the office of the President should have completed ….. years.
35 years.
138.The President can make a proclamation of financial emergency under …… Article
Article 360
139. 92nd Amendment added four new languages – to the ….. schedule of the Constitutio
8th schedule
140.Which Article enjoins the state to take steps for establishing a uniform civil code throughout the territory of India ?
Article 44.
141.National Emergency, under …… Article can be imposed any number of times.
Article 352
142.Who decides whether a bill is Money Bill or not?
Speaker of Lok Sabha
143.Who has the power to call a joint sitting of both the Loksabha and Rajya Sabha ?
The President
144.Controller and Auditor General of India is appointed by …….?
The President.